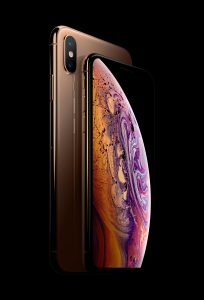 Today, Apple announced some great new products, of course, the show stealer is the new iPhone XS and iPhone XS Max, but they also announced a less expensive iPhone X product called iPhone XR. Unfortunately, my live blogging platform failed at the last minute, in spite of the fact that we tested the system yesterday to make sure that it would work, so I ended up having to do a Live Event on Twitter. For those of you that were able to join me there, this post is will cover the highlights of what you saw on Twitter. If you weren’t able to join me for the Event live, that’s fine. That’s what the round up post is for.

Look at the end of this post for some improvements coming to HomePod that did not receive the full treatment from Apple during today’s Event along with a few other highlights that may have been missed in the keynote.

Let’s start at the beginning!

The new Apple Watch has a 30% larger display while still maintaining almost the exact same case size as the previous iterations of the Apple Watch. Your old watch bands will continue to work if you upgrade to a Apple Watch Series 4, but you will get a host of new features to go with that upgrade and some of them are 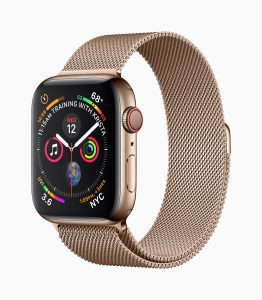 The big game changer with this Watch is the new heart monitoring software on board the device. Now, Apple Watch can detect some Atrial Fibrillation, as well as perform ECGs on an as needed basis. This information is stored in a PDF on your iPhone that you can then email to your doctor. The FDA approved the Apple Watch for this service, the first Smart Watch to receive an FDA endorsement and the Apple Watch Series for also obtained the endorsement of the American Heart Association for these features.

Apple Watch can now also detect if you’ve had a fall and if you are unresponsive and unmoving for one minute, it will call 911 for you and I believe that it also sends out your GPS location to the 911 operator. This is amazing for people with mobility concerns who would like to live more independently.

There is also a new customizable watch face for Apple Watch Series 4 that will allow you to add contacts on your watch face, or access any apps that you use frequently, including all of the health tracking and fitness apps on board the Apple Watch already.

Other new features abound, but those are the major players on the feature list this time around.

Apple Watch Series 4 is available for pre-order on September 14, 2018 and will be available on September 26, 2018 for purchase in store and for shipping online. 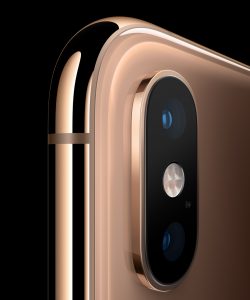 Back Camera on iPhone XS

iPhone XS Max “has the largest display ever on an iPhone.”

Now in Gold, which looks stunning.

Face ID is more accurate and more secure than ever with new camera that has depth of field capability. The camera is a game changer here for those of you who are loving to be amateur photographers with your iPhones.

There’s a lot of technical buzz about the new A12 Bionic chip that is on board the iPhone XS and XS Max and I won’t get into those details, but I will say that I am very impressed with what I saw. This is by far and away the most revolutionary mobile processor Apple has released to date and it will make the iPhone XS and iPhone XS Max game changing devices in a lot of ways. The biggest one of those is going to be the advent of AR Kit, which is an augmented reality set up. For those of you that have played Pokemon Go, there is an Augmented Reality features in that that allows to you catch Pokemon on your device, but it looks like you are catching them in the local park. iOS Developers are taking this technology and doing things with it, like allowing you to play head to head arcade games with your friends and improving your ability to make baskets in basketball. They are also creating rulers and levels on your iPhone that are more accurate than the ones in your tool box. I have been looking forward to seeing this new technology in action for quite some time and it looks like the iPhone XS and iPhone XS Max are really going to allow it to shine. 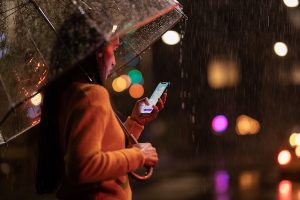 Depth of field changes are what create the beautiful bokeh as seen in the background of this photo provided by Apple, taken on an iPhone XS.

The biggest update of note, is to the camera on the iPhone XS and iPhone XS Max. It now has the ability to dodepth of field editing on the fly on images you have already taken. This is intensely cool. I find myself wanting to do this all the time on my phone, so I’m looking forward to getting my hands on an iPhone XS in the store and playing around with this feature. Apple always does something completely revolutionary with camera technology on their devices and I am always impressed that you can do these things on a handheld device that fits in your pocket.

iPhone Xr has the same technologies as the iPhone XS, but is done up in a less fancy package, with a Liquid Retina LCD display and it is running at a less expensive price point starting at 749$. It comes in some cool colors, including a Product(Red) device. 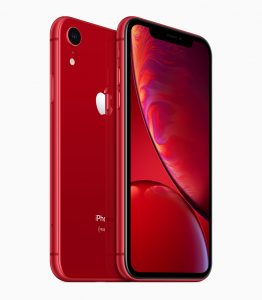 You’ll have to wait a bit longer if you want an iPhone Xr though. Pre-orders for it begin Friday, October 19, 2018 and it will be available in stores on October 26, 2018.

A long awaited update is forthcoming for the HomePod, which I presume will be launched when iOS 12 releases on September 17th, 2018.

Now, there is a bunch of new language support, which is great, but you will also be able to use HomePod as it was intended to be originally, instead of just as a glorified speaker. As of iOS 12, HomePod will be able to: Make and receive phone calls, search for songs by lyric, set more than one timer, activate Find my iPhone and will use Siri Shortcuts, which is similar to Alexa skills and will be a major game changer for this device.

Additionally, they announced that MacOS Mojave will release on September 26, 2018 which is good news for Mac users who have been anxiously waiting to see what Dark Mode looks like on their screens.

And that’s the round up folks! Happy Device Hunting!