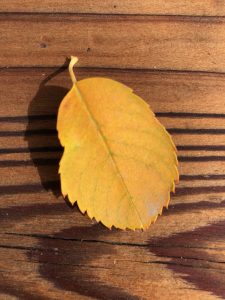 After a nearly three year hiatus, Random Gemini is back and she is bigger and badder than ever! The blog has a new look, a new logo and a whole new attitude! Weirdly, I am planning out posts in advance and I have a great one coming up for you on Wednesday.

This week, I will be LIVEBLOGGING the 2018 Fall Apple Event.

There’s a lot of speculation about what’s being announced this week, but a lot less since Apple accidentally leaked a photo of the upcoming iPhone XS and Apple Watch Series 4 at the end of August. Expect to see a larger, higher resolution display with a faster CPU and major Watch OS improvements for Apple Watch Series 4 for sure.

The image leaked of the new iPhone XS shows two different iPhone XS models. One big and one small, much like the iPhone 8 and iPhone 8 Plus. It is also expected that Apple will announce a gold iPhone XS. The current iPhone X is available in Space Gray and Silver. We’ll definitely see a CPU upgrade and the rumor mill is stating that the iPhone XS will have Apple Pencil support, but I’m not seeing a lot of buzz about this in the tech press. I am mostly seeing buzz about this in bullet journaling circles, so it’s entirely possible that this is just wishful thinking. Currently, digital bullet journaling with an iPad and Apple Pencil is all the rage, so Apple Pencil support on an iPhone would be a game changer for folks who bullet journal digitally.

9to5Mac has images of both the upcoming Series 4 Apple Watch as well as the iPhone XS if you’re interested in checking those out.

For me, I’m hoping to see more updates on the Apple wireless charging pad this time around too, as well as information on when devices are releasing that support wireless charging, such as the new AirPods and I’d also like to see Apple do something about the poor old Mac Mini, which has languished without an update for quite some time. I also believe that Apple might either update or discontinue the MacBook Air.

I have been running the beta of iOS 12 since the public beta opened. The majority of what I am seeing with iOS 12 are performance improvements, which is to be expected of any iOS release. Battery life is better with iOS 12. There have been some widely reported glitches, but as each new version of the beta comes out, Apple eliminates these bugs quickly. I also had the pleasure of submitting some user feedback to Apple and assisting the development team with eliminating a bug. That was a fun process and I felt kind of proud of myself when a new version of the beta was launched the morning after I replied to them and found that my bug was gone. As a result of my experiences with the beta process, I think this release of iOS will be one of the more stable releases in quite some time.

There are a ton of rumors swirling around about iOS 12. There are things that I cannot talk about regarding iOS 12 because I signed an NDA with Apple when I agreed to beta test.

Here’s what I can tell you:

The new FaceTime is FUN. It has a lot of cool features and you will get a kick out of playing around with it.

I’m very excited about Apple Books on my iPad. I have played around with it some on my iPhone X and I have to say, I really enjoy the reading experience there quite a lot. I also feel like some of the improvements that have been made were long overdue.

The new Do Not Disturb just owns the previous iteration of this feature. It is extremely useful and way more user friendly.

The updates to Apple Maps… are STELLAR.

I can also tell you that iOS 12 will support every device from the iPhone 5S forward.

There’s also some speculation about a new iPad, but I’m not convinced that we will see much regarding the iPad as they just added a new iPad to the line in the spring.

All in all, it looks like this year’s Fall Apple Event will be exciting and I’m looking forward to doing my first liveblog of this event for you all!